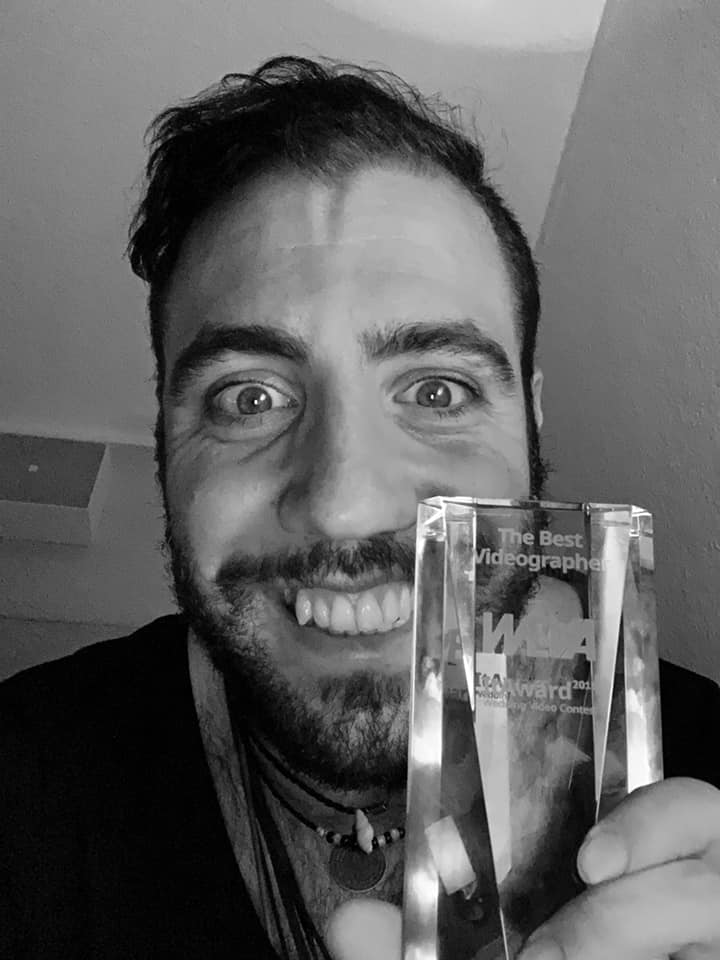 Confucius once said that if you should “Choose a job you love, and you will never have to work a day in your life”. I can say with certainty that he was more than right. When I started out as a wedding videographer in Italy I never dreamt that I would end up to win two prominent awards.

If you happen to be a videographer then you are more than familiar with the World Event Videographer Association and the awards they attribute to those that are amongst the best wedding videographers in the world.

When I started out in this domain I never had such high hopes, or maybe I did but for modesty’s sake, I won’t say otherwise. Sure I wished I would one day be considered amongst the best in the world, who wouldn’t want that! But to finally be considered even for an award amongst the best videographers in the world was an amazing surprise and a great honor. The title these awards have brought me, as the best wedding videographer in the world, or for best wedding video in Italy are moments I will never forget.

They say that good things take time and that great things happen all at once. And that is how it was when I received the call that I had won these awards for the best wedding videographers in Italy and the best wedding videographer in the world. When I started out I only wanted to capture the moments as they happened. To capture memories and offer them as a lifetime gift that could be enjoyed at any time.

I never thought that my videos would be considered the best wedding videos in Italy. It was a short while ago that I received a call from the creator of the World Event Videographers Association giving me the great news. This was on a Thursday and on Friday I was on my way to Prague to pick up my awards. On my way to Prague, I couldn’t help but think about the moments and the journey that had gotten me to where I was going. About the road that lead me to be one of the best videographers in the world. I thought about all the times I doubted myself and here I was on the way to pick up my third place award for best wedding videographer in the world.

When it comes to videography you never truly know how things will turn out. When your canvas is alive and filled with strong emotions the outcome is always different and surprising. I would like to thank all the people that have allowed me to be a part of their important events. It is because of all of your trust that I was honored with these amazing titles for best wedding videographer in Italy and  third place as  Best Wedding Videographer in the world.

This website uses cookies to improve your experience while you navigate through the website. Out of these cookies, the cookies that are categorized as necessary are stored on your browser as they are essential for the working of basic functionalities of the website. We also use third-party cookies that help us analyze and understand how you use this website. These cookies will be stored in your browser only with your consent. You also have the option to opt-out of these cookies. But opting out of some of these cookies may have an effect on your browsing experience.
Necessary Always Enabled
Necessary cookies are absolutely essential for the website to function properly. This category only includes cookies that ensures basic functionalities and security features of the website. These cookies do not store any personal information.
Non-necessary
Any cookies that may not be particularly necessary for the website to function and is used specifically to collect user personal data via analytics, ads, other embedded contents are termed as non-necessary cookies. It is mandatory to procure user consent prior to running these cookies on your website.
SAVE & ACCEPT